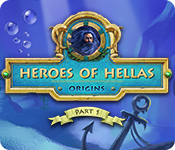 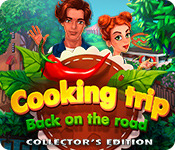 Cooking Trip: Back on the Road — show the world you’re the best and discover new culinary secrets!Food tourism like you've never tasted before!Get ready for fun locations, levels of varying difficulty, tons of characters and dishes, bonus tasks, the ability to upgrade and grow your restaurant, lots of trophies, intuitive gameplay for all ages, fun music, and an exciting story following Mary and John on their next adventure!