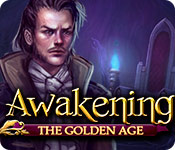 When minotaurs attack, only you can save the day.Can you stop the war?Before Queen Sophia was born, the Human Kingdom lived in an age of glory: the golden age. However, this age too had its dark times. Beneath a veneer of peace, war has come with minotaurs invading human villages. But there is more to this war than meets the eye, and you must uncover it. The minotaurs claim that humans have been starving them, but how could this be true? Escape your village, investigate the truth, and journey to the ends of the kingdom and into its castles, meeting allies with unique abilities that can help you. Uncover the secrets behind the war, or the kingdom of your birth will be destroyed!