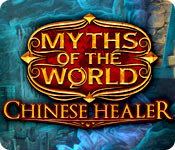 The Emperor's son has a mysterious illness. As legendary healer Daiyu, you're called to the palace to save him, but you end up having to save yourself!Can you heal the Emperor's son – and save yourself?A great myth has enduring power… no matter where the story comes from. In this first game in the exciting new Myths of the World series, your story begins as a Chinese healer who's brought to the Imperial City to save the Emperor's son. But you uncover a devious plot and end up having to save yourself! Throughout the game, you'll use your herbal kit to concoct powerful potions to summon spirits and heal the people you meet. There are also achievements to earn as you play.