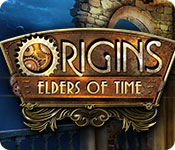 Uncover why Lisa's uncle is hiding information about her father's disappearance and help her discover the truth.Accompany Lisa on quest to find her missing fatherBrothers James and William depart on an expedition to find a lost city on a long-forgotten island, but only James is ever seen again. Found washed ashore, James claims that the brothers never reached the island, and recounts the story of how his brother was tragically lost at sea. Twenty years have now passed, and William's daughter Lisa receives information that suggests her uncle hasn't been telling the truth. Join Lisa on an epic adventure and journey to a place where anything can happen! Search a multimillionaire's manor, board an airship and explore enigmatic places as you uncover the truth and help Lisa find her father!