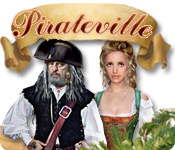 Play as Jack, a plucky pirate with a penchant for gold. Unravel the secrets of the Cursed Ghost by finding Hidden Objects.Hidden Objects be everywhere, matey!Take on the role of Jack the Sharpshooter, a handsome pirate with a penchant for gold. When Jack stumbles upon an ancient casket, his curiosity is piqued and he sets out on an adventure full of magic, love, gold, weapons and a Cursed Ghost. Unravel the secrets of the ancient casket by finding Hidden Objects and get ready for the most astonishing ending!

One Reply to “Pixel Art”