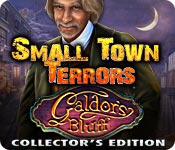 You're cordially invited to attend the world's greatest magic show! Thurman the Magnificent will give a performance no one will forget!Their rivalry went too far!You've been cordially invited to attend the performance of Thurman the Magnificent, one of the world's greatest illusionists. His entire career rests on the success of this trick, and Thurman is worried someone may be sabotaging it. He wants you to watch for anyone suspicious at the premiere. Will his performance bring down the house, or will his toughest rival top his act with something even more spectacular? The Master of Flames will soon learn that when you play with fire, you get burned.