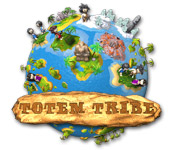 A meteor has decimated the prehistoric world and a new chieftain rises from the ashes to form the greatest tribe of ancient Earth.Forge a prehistoric empire!After a meteoric crash destroys their land, the Hawk Tribe seeks refuge on a distant island called Tetala. Now the tribe`s new leader, young Aruku, needs your help in leading her people to glory and prosperity. Amass workers, scouts, warriors, and various indispensable dinosaur troops, then stake your claim on the land. Govern, command, and fight to expand your empire, even as rival tribes threaten to destroy everything you`ve worked so hard to build. Reforge your future!