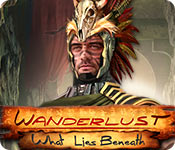 It's the find of a century, but will you live to tell about it?Your greatest adventure yet!You’ve been hired by a shadowy businessman to investigate the appearance of a pyramid in the Amazonian jungle. And by ‘appearance,’ he means the entire thing literally popped up out of the ground overnight! As a seasoned archaeologist, you know immediately that you’re in for a strange adventure. But nothing could’ve prepared you for what you find when you arrive – not only is this pyramid like nothing you’ve ever seen, but you’re now racing against your own sister for bragging rights to the find. Take a giant leap into the unknown as you track down the origins of the mysterious pyramid in this heart-racing hidden-object puzzle adventure game!