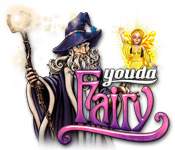 An evil witch has cast a spell over the entire kingdom! The villagers need you to help them by becoming the protector of the kingdom!Learn to cast spells and free the kingdom!The wise old forest wizard has provided a watchful eye over the kingdom for over 1000 years. This epic battle between the forces of good and evil is as old as time itself, but now the kingdom is danger. The Forest Wizard must leave the kingdom and he is now seeking a replacement. He wants you to become the new forest wizard and guard the kingdom against the wicked enchantments and spells of the evil witch in Youda Fairy, a spectacular Action/Arcade game.